It was 2010 and there were around a hundred employees working in the same open office space, two of them, including our current CEO who was also one of Framery’s founders, had enough of listening to their boss speaking constantly on his phone with a headset. It was basically impossible to concentrate on anything. The two soon came up with a less than polite proposal, that the boss go elsewhere to make his calls. He was quick with a response: “Well, buy me a phone booth”. The problem being that there wasn’t one on the market so the only alternative was to make one.

That day they gave up working for that software company and started to become experts on acoustics and, Framery was born.

The first booth was ugly and not particularly soundproof, but the guys had found their calling and realized that many workplaces suffer from the same problem with no solution available.

After years of development, analyzing customer feedback and rigorous trial and error, our sixth generation for phone booth or pod, the Framery O, turned out to be super functional, a silent place to work with superb acoustics and silent ventilation. Initially, as with anything new it was a struggle to sell them, but when people began to use them and their office culture quickly transformed, news began to travel and soon companies such as Microsoft, SAP and Deloitte bought them and loved them. We sold them in their thousands, and today the Framery O is the world’s best selling pod. 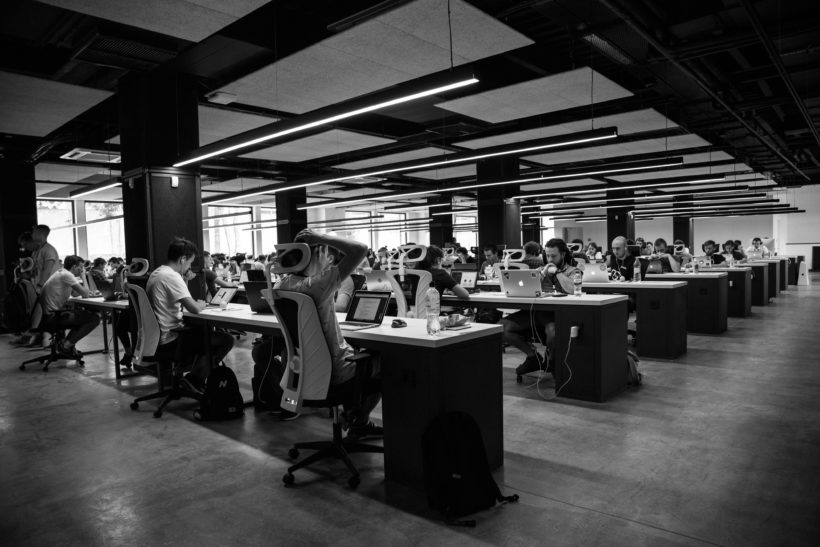 Initially we thought we were selling silence – but we were wrong. Together with our customers we saw the bigger picture.

Noise in open offices is a major obstacle to workplace happiness, constant disruptions from phone calls, ad hoc meetings and discussions. It’s hard to recover your concentration when it’s broken, it takes time to refocus, you become less productive, less creative and your potential is not fulfilled. You become less happy as a result.

This was our wake-up call. When we removed the noise problem, people quickly became happier. Happy people are more efficient, more creative and produce better work. Happiness then obviously and quickly became our purpose going forward, not only concerning our products but for everything we do.

A happy person is 12% more productive.(Source: University of Warwick)

Noise in the open office is just one obstacle to happiness.

Work and the way we do it is changing quickly. What was relevant in an industrial context does not apply to information work. What worked in an open-plan office does not work in multipurpose spaces. And whatever we are learning about new digital working methods, will become obsolete as soon as we start working side-by-side with artificial intelligence. So noise reduction is, and will be, just a part of the solution to workplace happiness.

With a strong focus and investment in research, and a commitment to practice what we preach inside our own company, we are determined to find the other parts of the happiness solution, and we intend to be happy while doing it.

Read more about how we are not just creating happiness today, but happiness also for future generations.